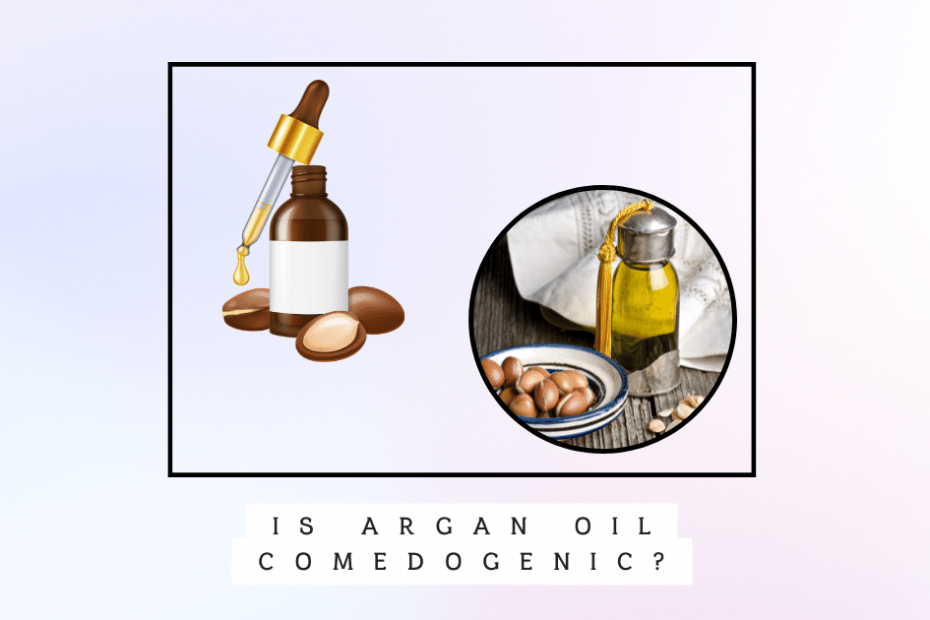 Similar to jojoba oil, argan oil is another dual-threat oil that is great for both skin and hair care. It has become increasingly popular because of its many benefits as a hydrater, skin soother, and free radical fighter. It’s also incredibly gentle to apply and great for all skin types, especially those with dry skin.

So how does argan oil fare on the comedogenic scale?

The answer here is, argan oil is actually non-comedogenic and is a great option for avoiding clogged pores and breakouts.

As we’ve described in detail in our Comedogenicity article, the scale for measuring comedogenicity is not defined; however, argan oil measures the lowest on the comedogenic scale and comes in as non-comedogenic.

Argan oil is derived from the kernels within the fruit of the argan tree. Native to Morocco, these trees produce an ovular-shaped fruit that is peeled, revealing a hard-shelled nut that must then be cracked to extract the kernels from which the argan oil is ultimately extracted.

Like jojoba oil, one study has shown that argan oil is effective in regulating the body’s natural production of sebum. Because argan oil has a similar chemical makeup to the sebum our skin naturally produces, it helps to balance our skin’s natural sebum production and is much less likely to clog your pores and result in unwanted acne and breakouts.

Similar to argan oil, there are a number of other non-comedogenic oils that are great options too, including:

While there is a lack of standardization for the comedogenic rating scale, argan oil is widely agreed upon as being non-comedogenic.

Based on the many different sites we scoured, argan oil consistently came in at a 0 on the comedogenic scale, meaning that it won’t clog your pores and that it is an excellent option for those of all skin types.

Argan oil has long been used by Moroccans in cuisine because of its multitude of skincare benefits. In its native country, argan oil is nicknamed the “gold of Morroco” for its golden color and export value. Today, this wonder oil is used for all things beauty, hair, and skin care.

Overall, argan oil is as low and safe as it gets on the comedogenic scale, making it a wonderful non-comedogenic option for those of all skin types looking to avoid breakouts, pack in the moisture, plump those fine lines and wrinkles, and leverage the free radical fighting antioxidant properties that come with it.