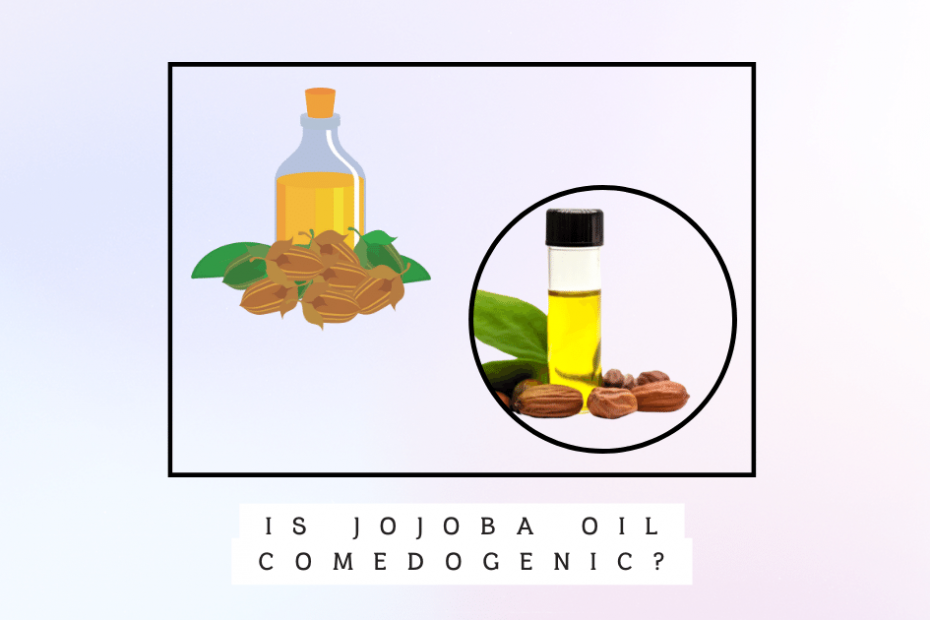 Jojoba oil is another product we absolutely love here at Glow Zone. Because of its multitude of benefits, gentleness on the skin, and similarity to the oil our skin naturally produces, there’s a lot to like about jojoba oil.

So how does jojoba oil fare on the comedogenic scale?

The answer here is, jojoba oil is actually non-comedogenic and is a great option for all skin types, including those with oily and acne-prone skin. It will NOT cause breakouts.

As we’ve described in detail in our Comedogenic Ingredient Checker, the scale for measuring comedogenicity is not defined; however, jojoba oil measures very low on the comedogenic scale and comes in as non-comedogenic due to its similarity to the skin’s natural oil (or sebum).

Jojoba oil comes from the jojoba shrub found primarily in California, Arizona, and parts of Mexico. The plant itself can withstand extreme drought and thus requires minimal care growing in some of the most arid parts of North America. The plant produces flowers and seeds arranged in green capsules or nuts, from which jojoba oil is produced.

Jojoba oil is gentle enough that it can be used on its own or as an oil mixture, applied directly to the skin or hair. Because jojoba oil is so similar in chemical makeup to the sebum our skin naturally produces, it helps to balance our skin’s natural sebum production and is much less likely to clog your pores and result in unwanted acne and breakouts.

Likewise, jojoba oil is rich in fatty acids, antioxidants, and vitamins A, D, and E that help to defend against harmful UV rays and chemicals, acts as a moisturizer, and even helps to fight off acne (as noted in this study: Clay jojoba oil facial mask for lesioned skin and mild acne).

Another great feature of jojoba oil is that it can be used by those of all skin types: normal, sensitive, oily, dry, etc.

Similar to jojoba oil, there are a number of other non-comedogenic oils that are great options too, including:

While there is a lack of standardization for the comedogenic rating scale, jojoba oil is widely agreed upon as being non-comedogenic.

Based on the many different sites we scoured, jojoba oil consistently came in at a 2 on the comedogenic scale, meaning that it has a moderately low likelihood of clogging pores and can be considered an excellent option for those of all skin types.

Jojoba oil sits next to olive oil on the comedogenic scale, both ingredients have a rating of 2.

Jojoba oil has long been used because of its multitude of benefits. Native Americans used jojoba for medicinal, haircare, and herbal purposes. Today, this wonder-oil is used for all things beauty, hair, and skin care.

Overall, jojoba oil is non-comedogenic and a great option for those of all skin types looking to avoid breakouts, pack in the moisture, and leverage the anti-inflammatory and antioxidant properties that come with it.