Skin Purging vs Breakout: How to Tell the Difference 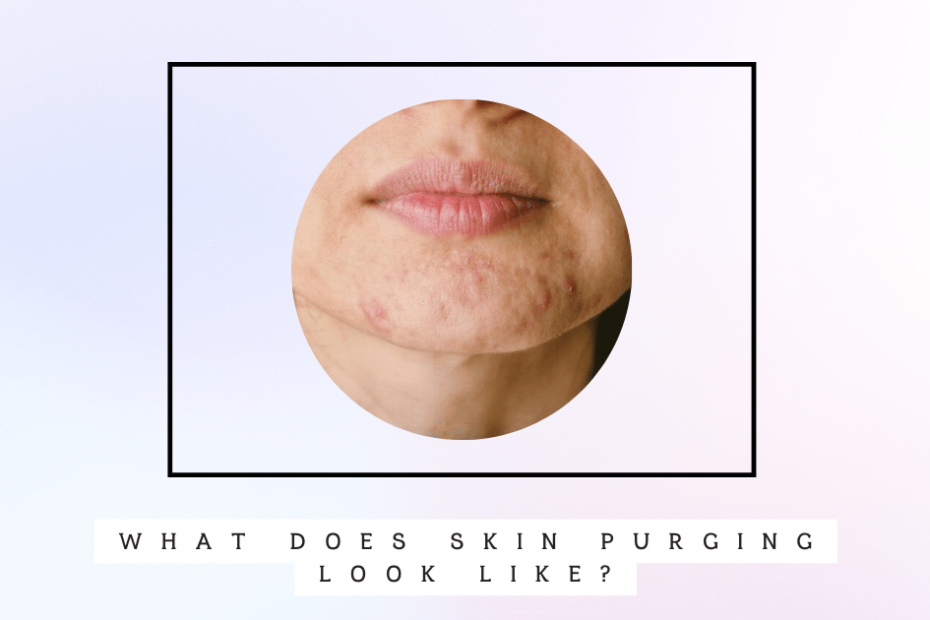 No one likes acne breakouts, least of all those who suffer from heavy acne. But skincare enthusiasts know that sometimes, what might look like a breakout is actually a good sign. We’re talking, of course, about purging.

Skin purging occurs when the skin is responding to a new product, usually an exfoliator or a retinoid. And although a purge might look disturbingly similar to a breakout, it’s actually a steppingstone to clearer skin.

Not to worry; we’re here to help you understand the difference between skin purging vs breakout. Don’t throw out that new skincare product just yet. Here’s how to identify the difference.

What Is a Skin Purge?

Sometimes also called an acne purge, skin purging refers to the phenomenon when, in response to active ingredients in a skincare product, there is an increase in skin cell turnover rate.

The faster the active ingredient causes the skin cell turnover process to go, the faster that dead skin cells, excess sebum, bacteria, and dirt (the stuff of buildups that clog pores) are shed.

The ultimate goal of this is to reveal fresh skin cells underneath, leading to healthy, clear, and younger-looking skin. To put it simply, although it might seem like more acne, skin purging is skin renewal and a necessary part of your skin journey. So, don’t chalk it up as a negative reaction just yet!

What Causes Skin Purging to Occur?

Purging is most likely to occur when a retinoid is used (typically for acne treatment).

The same reaction can also occur due to chemical exfoliants or an exfoliating acid created for anti-aging or acne response.

There are many products in the retinoid family, but the most common are:

When it comes to exfoliators, the presence of alpha-hydroxy acids and beta hydroxy acids can cause purging. These work by exfoliating your skin’s inner layers and loosening them slightly on application.

Additionally, facials, laser treatment, and chemical peels—such as microdermabrasion—can also be the reason your skin is purging.

The bottom line is that skin purges are actually good for your skin. But how can you tell if you’re purging or breaking out? Well, one of the easiest ways is to identify what skin purging looks like.

How a purge looks can vary from person to person. However, it’s common to see a combination of blackheads, whiteheads, pustules, papules, cysts, and microcomedones (barely visible, tiny pimples) that are painful to touch. Don’t be surprised to see dry, peeling skin either.

Beyond just analyzing how your skin appears during a purge, you can differentiate it from a breakout in other ways as well.

How to Tell the Difference Between Skin Purging and Breaking Out?

So, as we’ve established, purging is a detoxing process for your skin. Breakouts, on the other hand, are a sign of clogged pores: they occur as a result of toxins building up in your skin and leading to inflammation, resulting in acne and blackheads. Sometimes you might experience breakouts due to an allergic reaction.

It can be difficult to determine the difference between a breakout and a skin purge. Here’s a little guide on how to tell the two phenomena apart.

Signs of Skin Purging vs Breakout

Additionally, consider the ingredients of the product you are using. If they don’t include the ones we mentioned above, your skin is probably not purging itself but rather breaking out.

How Long Does Skin Purging Last?

It usually takes no more than one full skin cycle to get through the worst of a skin purge. Everyone’s skin type is different, so the time a full cycle takes can vary, lasting about a month. However, 4 to 6 weeks is the standard time for purging to continue once you begin a new skin care regime.

Do you feel like your skin purge is lasting much longer than 6 weeks? We recommend talking to your dermatologist. The chances are that your dosage or application frequency will be adjusted by them.

What to Do When Skin Is Purging?

We understand that skin purging can be a distressing experience. But during this time, a little patience goes a long way. You have to understand that this process cannot be stopped and is a necessary part of achieving your best skin.

In the meantime, while you wait, there are some steps you can take to ensure the purging phase goes smoothly (although you can’t really speed it up).

Firstly, be sure not to pick at your acne; in fact, don’t touch your face at all. Doing so will not only extend the duration of purging but might even lead to permanent scarring on your face, and that’s something you definitely don’t want.

Stick to a Gentle Skincare Routine

To avoid further inflammation, you have to make sure that your skin care routine is gentle enough. Avoid harsh chemicals, of course. A sulfate-free face wash is always recommended, especially now. Follow that up with a soothing moisturizer, and if it’s daytime, then a sunscreen to go with it.

Finally, do not stop using the exfoliator or retinoid that is causing your skin to purge in the first place, especially if it was prescribed by a dermatologist. Remember, purging is a sign that the product is working – you simply have to be patient and trust that clear skin is going to come through.

Additionally, try not to introduce new products into your regime while your skin is undergoing a purge. A new routine can lead to more breakouts.

Some products formulated with exfoliating agents like benzoyl peroxide and salicylic acid can dry out your skin further. During a skin purging phase, it’s best to stay away from such skincare products.

Protect Your Skin from the Sun

When your skin is undergoing a purge, it’s best not to go outside at all during peak sun hours. This is important if you want protection from harmful UV rays. But if stepping out is completely unavoidable, we recommend using non-greasy sunscreen.

Finally, a hydrating facial with mild hypoallergenic products can bring relief by removing impurities and revealing a radiant complexion faster.

However, this is not recommended for those with sensitive skin.

Can Purging Be Avoided?

Once the purging process starts, it can’t really be stopped. However, when starting a new acid, retinol, or peel to your skincare routine, you can ease into the process in order to minimize side effects.

Let’s say you’re starting a new retinoid cream. During the first week of starting the cream, apply it only twice a week. The week after that, apply it thrice a week. Keep going in this manner until you begin daily use; this method gives your skin time to gradually adjust to new active ingredients, thereby reducing the chances of a purge.

The same principle applies in terms of exfoliators. As long as you begin with a once-a-week application then gradually build up to 2 – 3 times a week, you should be good to go. Otherwise, you might end up over-exfoliating, which brings its own set of problems.

→ Does Retinol Help With Acne?

We hope that after reading our skin purging vs breakout guide, your fears have been quelled. Remember that skin reacting to a cream might cause a rash, but this does not indicate that you are allergic to the product. Trust in your skin’s natural pace of healing in the journey to clear skin. Give it a few weeks.

However, if you’re still not sure whether you have new acne or your skin is purging due to a new product, we recommend visiting a dermatologist.

Can Niacinamide Cause Purging?